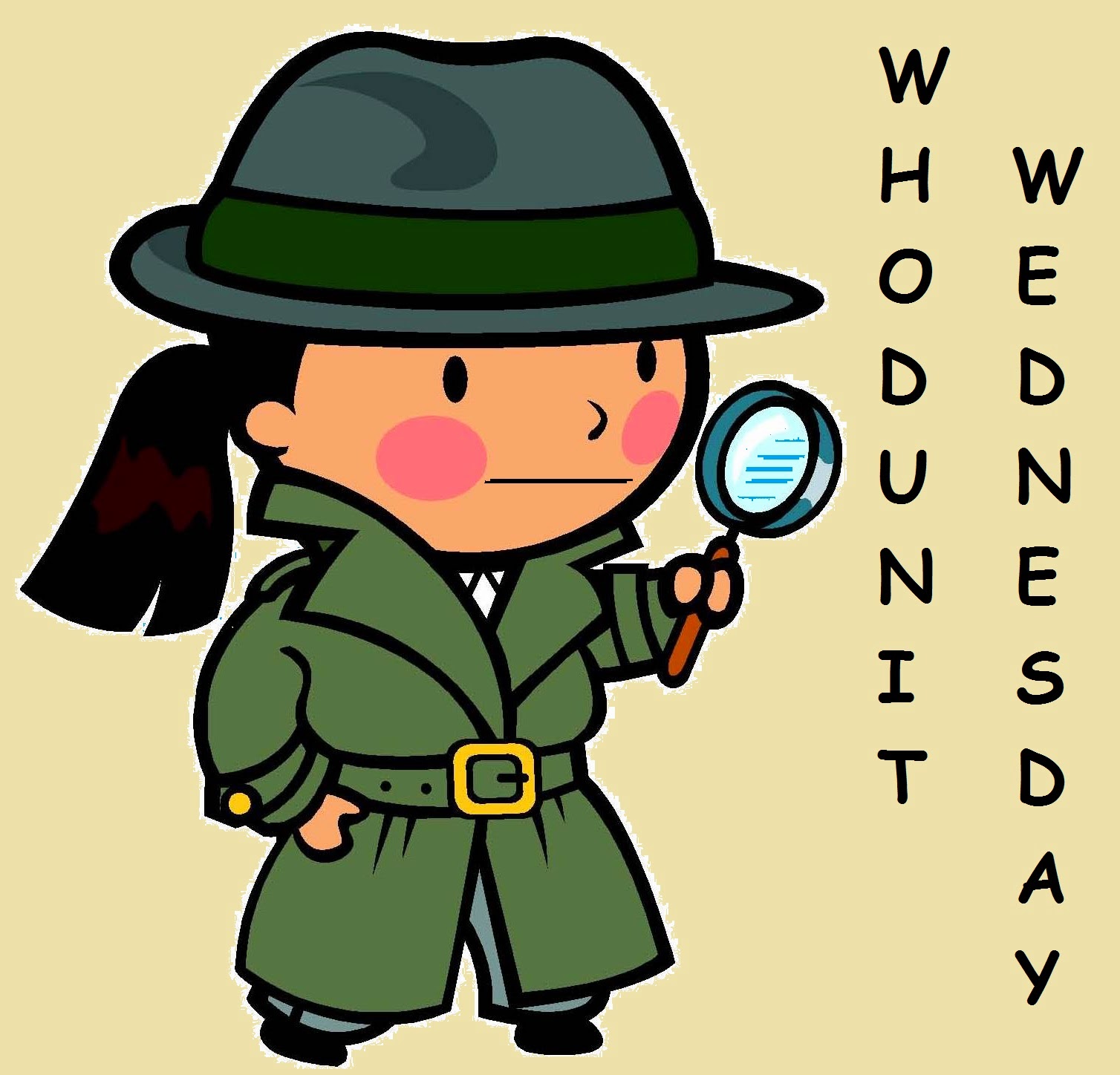 This giveaway is brought to you by me,
a poor but happy blogger. ;-)
So, your prize could be a cozy mystery. Or it could be a notepad, magnet, key chain or something that's just fun or cute.

Sherman Holmes sat on a park bench, watching as the neighborhood boys played a pick-up game of baseball. "I should retrieve my great-great-grandfather's bat and teach those lads the art of cricket," the amateur detective thought, then realized he didn't know how to play it himself.

"Oh, well," he sighed. "The lads are awfully close to those house." And that, of course, was the exact moment when the batter hit a long fly in just that direction. Glass shattered and a home alarm began to wail.

The left fielder, a boy called Jake, went after the ball. He scrambled up a high wooden fence and straddled the top, gazing at the house and yard below. "The ball broke a window, all right," he shouted back to the others. Then his eyes widened. "Hey--you better call the police. I think there's been a robbery."

The game broke up immediately. Jake lowered himself into the backyard while the other boys circled around to the front of the house and awaited police.

Jake unlocked the door from the inside and let the officers in. Sherman sneaked in right behind. The rotund little Southerner was safely ensconced behind a potted palm when a man and a woman drove up in separate cars.

The newcomers joined the police inside. Sherman edged his potted palm into a good viewing position and managed to piece together the essentials.

The newcomers were brother and sister, Larry and Laura Conners. The house had belonged to their late father, who kept his coin collection on display on a table by the rear garden window. This was what Jake must have seen from from the fence. The heavy table lay on its side, not far from the wayward baseball. Remnants of the broken window were everywhere. A patrolman walked across the fallen tablecloth and Sherman could hear the muted crunch of glass under the white linen.

The Conners both had keys and both knew the alarm code. They has been here together just this morning, arguing about the coins.

"Laura must've come back and stolen them," snarled Larry. "Then she overturned the table in some pathetic attempt to blame it on a burglar. I was at home, ten miles from here, washing my car. My neighbors saw me. I was there right up until you called me."

Laura glared at her brother. "I was at home, too, eight miles in the other direction. I was on the phone with Aunt Doreen and doing my laundry. You can check with her if you want to."

Sherman wanted to jump out from behind the palm and instantly solve the case. But that might seem a little odd. So he restrained himself and waited until the officers were leaving.

Who stole the coins?

Please, only leave your guesses
through Rafflecopter.

Become a Follower of my blog by
clicking on the link in the
upper right hand corner of this page.

GOOD LUCK!
a Rafflecopter giveaway
Posted by Lisa Ks Book Reviews at 3:00 AM