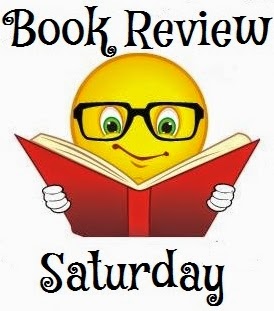 SHERLOCK'S HOME:
THE ADVENTURE OF THE INDIGO INKSTER
by Pamela Rose

A much deserved Caribbean Cruise over the Christmas holiday has left the Sherlock family relaxed and ready for anything…or so they think. That’s until they come home to discover that the town’s favorite son, Sheriff Wavy Davey, and Finn Sherlock’s favorite hunk has met his maker beneath the waves of Lake Loveless…a name which now seems only too appropriate to the grieving Finn Sherlock.

Indubitably, the well-laid plans of mice and women have gone awry at Sherlock’s Home Mystery Bookstore and the 221b Bakery. As the one-year anniversary looms ahead nothing is as it should be. The Sherlocks’ other personal relationships have gone askew in a similar fashion. Echo has become particularly adept at aborning the new before the old has barely set sail into the Caribbean sunset, taking on a definite international flair as she gets involved first with a Norwegian ship’s officer but soon appears to rebound, ooh-la-la, into the equally enticing arms of a delectable French chef. Even the newly reinvented Uncle Oz has turned himself into the dashing man about town, or so it appears as the flashy red Corvette would seem to indicate and the even flashier redhead on his arm. Unbelievably, Oz might be abandoning bakery treats to brainstorm treatises at a magazine dedicated to all things spooky and strange.
If the Sherlocks’ personal upheaval isn’t enough, another death occurs and Finn is called in to determine if somehow the newly deceased might just not be linked to the demise of her personal sheriff. Throw in the capers of the decidedly bacon-flavored zaney Maneys and the hot-to-trot nonagenarian, Eula May Binks, and the Sherlocks, individually and collectively, just might be in danger of losing their grip in Sherlock’s Home: The Adventure of the Indigo Inkster.

You are in for an amazing and head spinning whodunit in this exciting second installment of the Sherlock’s Home mystery series.

I went from relaxed and enjoying an awesome cruise with the Sherlocks, to being broken hearted with Finn at the loss of Sheriff Wavy Davy. Who murdered the Sheriff and why? You’ll be kept guessing just as I was. Was I ever fooled when all was revealed. I never saw it coming, and I doubt you will either.

If you love a good mystery and an author who is as smart and sassy as her characters, you have got to read this series! 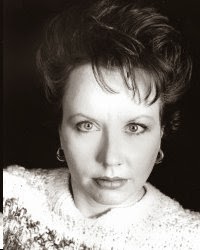 If there is one term that describes me it is ‘curious.’ My mother swore that upon my quarrelsome arrival into the world the first word I labored to wrap my baby lips around was why? Apparently I liked it where I was and none too pleased to leave. But, why is the question that even today haunts me. Answering that one dogged question means there’s not much I’m not willing to learn at least a little something about.

To that dubious end I have had more ‘careers’ then I care to contemplate, as I continue to sample my way through a smorgasbord of interesting occupational possibilities: college instructor, advertising prevaricator and shopping network writer somewhere at the top of my list of favorites.

So, while mining the universe for that one 'telling' detail my next book can't do without, the grand experiment commonly thought of as Pamela Rose's life, rambles on.


Take a look at my books on Amazon:
amazon.com/author/pamelarose
You can also find Pamela on Facebook!