REVIEW
THE PICKLED PIPER by Mary Ellen Hughes
After her dreams of romance are crushed, Piper Lamb decides to pursue her dream of opening her own shop of pickles and preserves, called Piper’s Picklings, in the idyllic small town of Cloverdale. But she isn’t in town long before she encounters a barrelful of trouble…
The Cloverdale fair offers Piper a sweet opportunity to promote her business. With her new assistant, Amy, she sets up a booth centered around an eye-catching display of the ever-popular dills in an old-fashioned barrel of brine. But things soon turn sour when fairgoers witness a fight between Amy’s boyfriend, Nate, and town council blowhard—and bagpipe player—Alan Rosemont. When Rosemont is found floating in Piper’s barrel, Nate becomes the prime murder suspect. With Amy’s boyfriend in a pretty pickle, there’s no time to dillydally. But as Piper searches for the real killer, she needs to be careful to preserve her own life…or she may end up a pickled Piper herself. 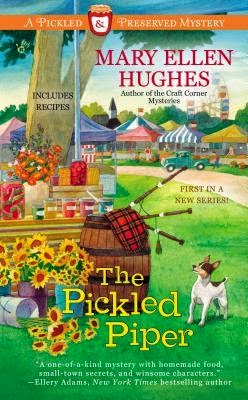 I have to start by saying, this is one of the best new books I have read this year! I couldn't put it down. THE PICKLED PIPER hooked me on page one and just kept pulling me in!
Piper Lamb has opened her dream store, Piper's Picklings in the small town of Cloverdale where she sells not only the multitude of delightful items that she has pickled and preserved herself, but also pickling spices, supplies, and cookbooks. And she can't think of a better way to promote her business than setting up her wares at the Cloverdale fair. Well, it was a great idea until Alan Rosemont, a local town councilman is found head first and dead inside her old-fashioned pickle barrel with Piper's assistant's boyfriend the prime suspect!
Right away I felt Piper, her Aunt Judy and Uncle Frank, her assistant Amy, and the rest of the cast of characters were close friends. Like I had always spent my days in Piper's shop.
Author Mary Ellen Hughes writes with a simple flair that makes reading a real joy. Her characters are very likeable and fun, the setting enjoyable and the mystery first class. I thought I knew who did it, but I was wrong. Then I suspected someone of something else...I was wrong. When the reveal of the killer came, it all made prefect sense.
Another sweet and spicy surprise was how interesting I found the process of pickling. It's not something I've ever had an interest in, but as I read this treat of a book I found myself wishing I had paid more attention to my mother when she made and canned her pickle relish.
Congratulations to Ms. Hughes on this wonderful first book of what is sure to be a hit series! My appetite has certainly been wetted for more! 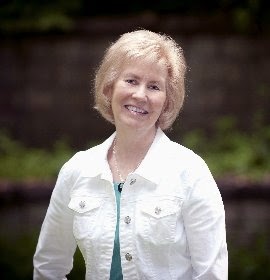 Mary Ellen Hughes is the author of the Craft Corner mystery series - WREATH OF DECEPTION, STRING OF LIES, and PAPER-THIN ALIBI - as well as the Maggie Olenski mysteries - RESORT TO MURDER and A TASTE OF DEATH.
She has also authored several short stories, including THE WOMAN ON THE TRAIN, and short mysteries included in the Chesapeake Crimes and Tales from the Backlist anthologies.


A transplanted Wisconsinite, Mary Ellen now lives in Maryland where she is excited to be working on her new Pickled and Preserved mystery series beginning with THE PICKLED PIPER.