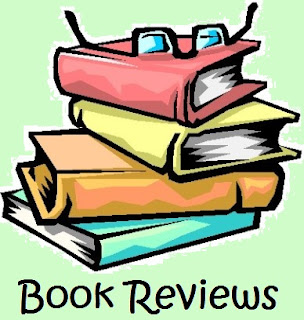 MURDER BY THE SPOONFUL by Vicki Vass
DEATH BY HITCHCOCK by Elissa D. Grodin 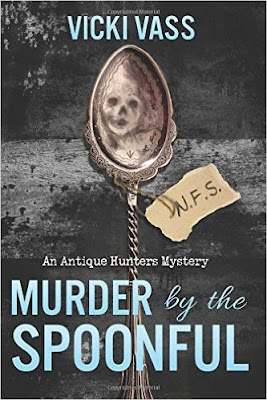 When chemist Anne Hillstrom finds her Great Aunt Sybil dead on her living room floor, she immediately contacts the police. The death scene has all the earmarks of a robbery gone awry. Unfortunately, the police seem unable to determine if the old woman’s demise is a crime or an accident. When Anne attends an estate sale for recent lottery winner, Tim Whitmore, she finds an antique spoon under the deceased man’s bed. Enlisting the help of her friend––journalist CC Muller, a fellow antique hunter and blogger––the two women begin an investigation into what happened to Tim Whitmore. Along the way, Anne and CC travel throughout the Great Lakes region, visiting yard sales, estate sales, and generally scrounging around, searching for antiques and possible clues that might lead to the history of the small spoon found under Whitmore’s bed. With each find, the women unknowingly become closer to unraveling the truth. Eventually, their snooping becomes too much for the killer, who decides to put an end to these two nosy antique hunters. The stakes have been raised. It’s no longer MURDER BY THE SPOONFUL

With a pleasant, flowing way with words, Ms. Vass made each scene and chapter of MURDER BY THE SPOONFUL a joy to delve in to.

I immediately liked Anne Hillstrom and her friend CC Muller. I enjoyed their dynamic together. And when a scene didn’t contain both of them, it didn’t always just follow Anne. There were times where the reader gets to follow CC as well. I liked being able to see what each of them were up to. Garage and estate sale fans are going to love this book. I had a lot of fun following the ladies around to different sales.

There are two mysteries going on in this story. Who killed Anne’s Great Aunt Sybil and why? And what happened to recent lottery winner and newly recently deceased Tom Whitmore? With twists, turns, and intrigue everywhere, MURDER BY  THE SPOONFUL was an awesome mystery and a great start to what is sure to be a hit series. Author Vicki Vass is an author to keep your eye on for sure. 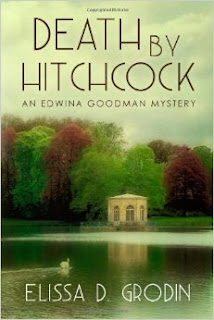 Physics and film seemingly have few academic features in common. However, when local siren Bunny Baldwin, a student in the Film Studies Department at Cushing College, is found strangled to death on opening night of the Hitchcock Film Festival, Physics professor Edwina Goodwin puts on her detecting hat. Using her scientific sleuthing skills to assist her almost boyfriend Police Detective Will Tenney, the pair work together to investigate the campus murder. Edwina wants to know––why did the murderer tie a strip of film around the victim’s head? Why did the killer time the murder to coincide with the showing of the famous Hitchcock film Spellbound? Was Bunny really killed by strangulation or did the unusual drugs found in her system suggest poisoning? Why do all the suspects have a seemingly airtight alibi? There are certainly sufficient suspects as Edwina quickly ascertains. The head of the Film Studies Department was having a torrid and practically public affair with the victim. His wife was apparently furiuous, but not enough to keep her from also engaging in sexual hanky panky. The victim had stolen a screenplay written by her roommate, Mary, to secure a Hollywood agent. Mary is out for payback. A quirky older woman who uses plants and other natural remedies to cure various ailments followed the head of the department around like a moon-struck calf. And, of course, there’s the film department’s boy savant who plays chess with Edwina and keeps her updated on the various players. Can Edwina use her knowledge of physics to unlock the strange features of this most unusual crime? When a second murder occurs, it looks like she may––if the killer doesn’t find her first.

I just finished DEATH BY HITCHCOCK and had to start my review right away. I really enjoyed this book

Just a smidge edgier than a traditional cozy, author Elissa D. Grodin has penned a wonderful mystery. The murder victim’s body was found in one of the most original ways I have ever read (including suspense thrillers) and is not something you’ll see in your average cozy mystery.

Protagonist Edwina Goodwin, originally introduce in Ms Grodin’s novel PHYSICS CAN BE FATAL, is a physics professor. She’s a wonderful character with many layers. I look forward to reading more about her in future installments.

This story was brimming with suspects. The search into who killed Bunny Baldwin was not an e
asy one at all, but it certainly made for an intriguing, entertaining read. When the reveal came, I could have kicked myself for not guessing correctly. I remember thinking, “I should have seen known that!” LOL Great job Ms. Grodin.

If you’re in the mood for something a little different than your traditional cozy mysteries, I think you’ll enjoy DEATH BY HITCHCOCK.

Both of these books are available through Amazon.