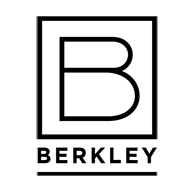 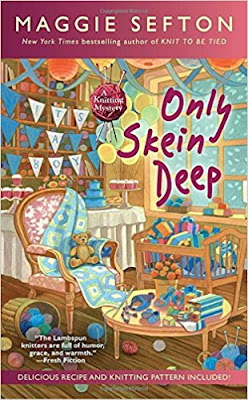 Kelly Flynn and The Lambspun Knitters are eagerly awaiting a bundle of joy but find themselves heaped with trouble instead…Kelly Flynn and her boyfriend, Steve, couldn’t be happier as they await the birth of their bouncing baby boy. Kelly’s got a built-in group of fiber arts specialists, the Lambspun Knitters, who are working away on blankets and booties. As they sit around the table crafting their keepsakes, the story of Giselle Callahan is a popular topic of conversation. Giselle is the young wife of Henry Callahan, a Fort Connor banking scion, who traded in his previous wife of forty years for a newer model. Giselle’s prowess as a skilled country club golfer and social climber puts her on someone’s hit list. When she is found dead on the greens at the golf club, Kelly and her Lambspun crew worry that a vicious killer is in their midst. They must work fast to bring an unhinged murderer to justice on the back nine before Kelly’s very special delivery…DELICIOUS RECIPES AND KNITTING PATTERN INCLUDED!

1 lucky reader will win a paperback copy of 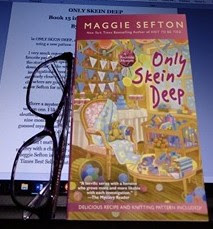 In ONLY SKEIN DEEP, author Maggie Sefton has knitted a cozy mystery using a new pattern---Heavy on the cozy and light on the mystery.

I very much enjoyed this installment in the Knitting Mysteries. One of my favorite parts of a cozy mystery is the relationship between the characters in the stories. I love spending time with them when they aren’t trying to hunt down a killer. I like when the protagonist talks about other things than the investigation in every single conversation. Lead character Kelly Flynn is extremely close to giving birth through this book. It’s only natural that the characters are going to be wrapped up in the excitement of that. I respect author Sefton for not having Kelly throwing herself into danger while she’s nine months pregnant.

Is there a mystery in ONLY SKEIN DEEP, you ask? Yes, and it’s a well written one. I liked the way Kelly had to take a different approach to her sleuthing, using research instead of foot work (As I mentioned above, she’s nine months pregnant). I found the mystery compelling, and I second guessed myself many times. I was excited to be right in the end. I’ll admit I don’t normally guess the bad guy/gal.

It doesn’t matter if a book is overloaded with mystery or is a lowkey mystery with a character driven story. What doesn’t change is the fact that Meggie Sefton is a talented writer. She has earned the title of New York Times Best Selling Author and ONLY SKEIN DEEP is proof of that. 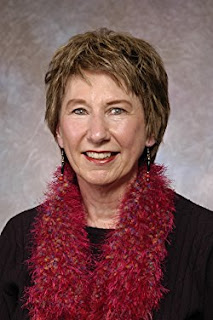 MAGGIE SEFTON is the New York Times Bestselling author of the Berkley Prime Crime Knitting Mysteries. UNRAVELED, 9th in the series, made the New York Times Bestselling Hardcover Fiction List after its June 2011 release. All of the mysteries in the successful series have also been Barnes & Noble Top Ten Bestselling Mysteries. Maggie was first published in historical fiction in 1995 with ABILENE GAMBLE under the pen name Margaret Conlan. She wrote over a million words of historical romance fiction before she ever wrote the first mystery. DYING TO SELL, with real estate agent sleuth Kate Doyle, was published by Five Star/Tekno Mysteries in 2005. Maggie has been a CPA and a real estate agent in the Rocky Mountain West, but finds nothing can match creating worlds on paper. 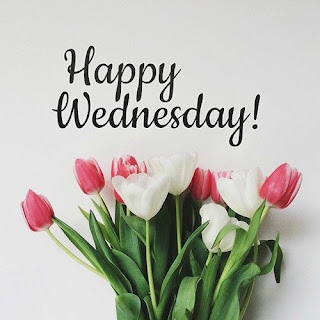