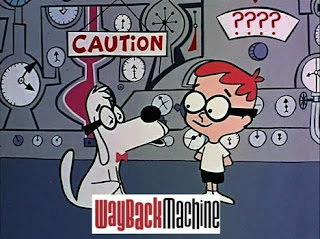 The Way Back Machine
has taken me way WAY back today.

The day of my very first blog post and review!

It's fun to go back and see what I didn't know how to do yet, like posting photos, or changing the size and the color of the font.

My first review.....A DEADLY GRIND by Victoria Hamilton #1 in A Vintage Kitchen Mystery series. Jaymie Leighton lives in Queensville, Michigan in a nineteenth-century yellow brick house she shares with her sister Rebecca. Jaymie collects vintage cookware and cookbooks. At a local estate auction, ignoring the protests of her sister, Jaymie bids on and wins a 1920s Hoosier-brand kitchen cabinet.Leaving the Hoosier on her summer porch until she can make room for it in her already over crowded kitchen, the last thing Jaymie expects is to be awaken in the middle of the night only to find a strange man lying dead on the porch floor apparently struck on the head with the steel meat grinder that was a part of the cabinet.As the police try to find out the identity of the corpse Jaymie can't resist doing a little sleuthing of her own. Who was the dead man? Why was he on her back porch? Who killed him and why? The search for answers turns deadly as Jaymie uncovers hidden secrets of the Hoosier.In this debut book in the series, Victoria Hamilton weaves mystery and history that will entertain readers from begging to end. Jaymie is a delightful heroine, keeping the reader in her corner. You get a real feel for her life in her little Michigan town in the house she shares with her sister Rebecca, Hoopalong her three-legged Yorkie-Poo and her green eyed tabby, Denver.There are also great characters in the local towns people. Jaymie's sister Rebecca who buys and sells expensive china. Anna and Clive, owners of the b&b next door, Daniel Collins, the owner of Stowe House, Joel, Jaymie's ex-boyfriend and his girlfriend Heidi, DeeDee Stubbs, who sells 50s - 70s kitsch and TV tie-in merchandise online and many more.Though there were times in this book that I felt the story was moving a bit slow, overall I enjoyed it. I was surprised by the killer, which is fun. And I learned much about a variety of subjects. I will read second book in this series.                       So, that was my first review. I hope it was helpful.

The Vintage Kitchen Mysteries quickly became one of my favorite series. So sad that it has ended.

ceblain aka Cynthia, still reads my blog, and comments, but more than that, we have become friends.

Thank you, Cynthia for sticking with me. You and other friends like you are what keep me going! 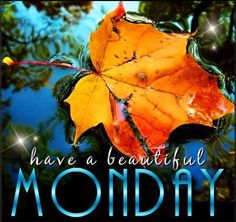 Posted by Lisa Ks Book Reviews at 9:25 AM