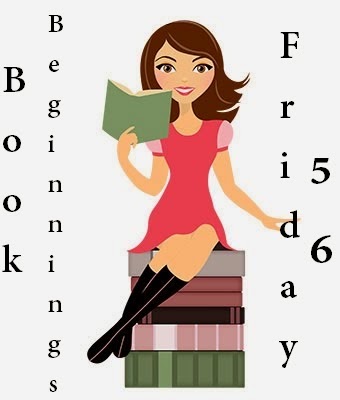 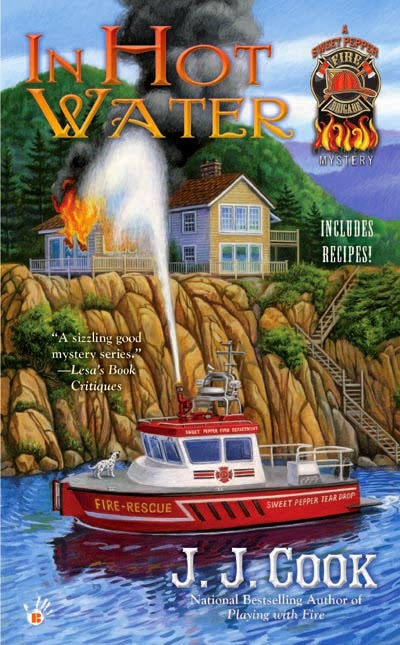 Sweet Pepper, Tennessee, has the world’s hottest and sweetest peppers—as well as a ghost that cooks and a fire chief who fights crime… SPARK OF INTEREST Stella Griffin should be bubbling over with joy now that she’s the full-time fire chief of Sweet Pepper, except trouble is brewing on her doorstep. An angry resident has purchased her cabin, and—with a bulldozer in tow—is ready to tear it down. But as Stella worries over the fate of her home and Eric, her ghostly roommate, there’s soon an even greater cause for alarm. A suspicious house fire in the pricey Sunset Beach community at Sweet Pepper Lake claims the life of ex-state representative Barney Falk. The nature of the death has Stella feeling out of her depth, so she teams up with the state’s arson investigator. Moving full steam ahead with the case, they must smoke out a killer before the firebug strikes again…INCLUDES RECIPES! 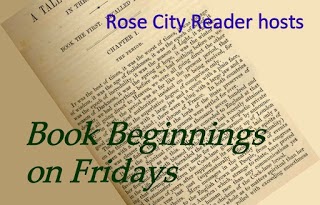 Book Beginnings on Fridays is a meme hosted by Rose City Reader
Share the first sentence (or so) of the book you are reading
IN HOT WATER by J. J. Cook
Book 3 in the Sweet Pepper Fire Brigade Mystery series

Sweet Pepper Fire Chief Stella Griffin stood between a bulldozer being loaded off the back of a truck and the log cabin where she lived. Her temper was as hot as her mid-length red hair.

She'd spent more than a year living in the cabin---a perk from the town council for her service to the community. She'd always known it wasn't meant to be permanent. The property belonged to the town. But she didn't expect to be kicked out either.

Stella glared at councilman Bob Floyd, who'd purchased the property that day. She'd known it had been for sale, but until now, no one had wanted it.

Bob didn't want it either. He only wanted to destroy the last remaining vestige of the first fire chief, Eric Gamlyn

Continuing with IN HOT WATER

"Your were right. Can you use your ghostly powers on the stairs? They're kind of slippery"

"I think that's what the salt is for. You're starting to rely on me doing things you could do for yourself."

Stella took off her boots and frowned at him. "I'm keeping your cabin here. The least you could do is scare away some ice. That doesn't seem like too much to ask."

I would love for you to follow my blog.
Click on the link in the
upper right hand corner of this page! 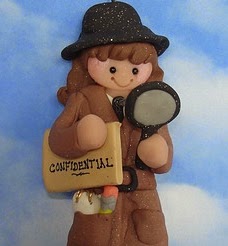 Mrs. Krenshaw was confused. "Of course I won't like the answer, Mr. Holmes. It's never nice to find out someone is a thief."

"Well, on that scaore you don't have to worry. Neither Hank nor Edgar stole the vase. You did."

Sherman nodded. "I assume you did this as a dry run, to see if your little scheme would pass muster when you tell it to the police. It won't, dear lady."

"What do you mean? Why would I steal my own vase?"

"For the insurance money. Since the vase was just appraised by an expert, your homeowner's insurance would have to pay."

The elderly lady scowled. "All right. Where did I screw up? Did you see me from the window?"

"No. Those footprints in the snow gave you away."

"How? I wore a pair of my late husband's shoes."

"But there was only one set. If the thief took the key, unlocked the door, and later, and later returned the key to the flowerpot, then there would have been two sets of prints, one when he took the key and one when he returned it. The thief---you---made those prints to throw suspicion on someone else. Then you used your key to get in and out."

I had the who, but I missed out on the clue.

How did you do?