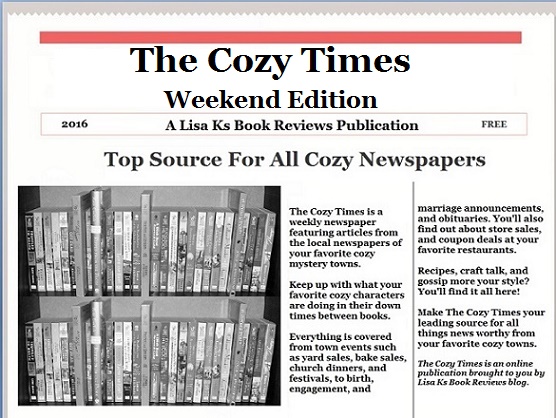 This is a weekly online publication focused on connecting cozy mystery readers to favorite cozy characters by way of their town's newspapers.

The Cozy Times will be available Wednesdays right here on Lisa Ks blog.
There will also be weekend editions, and special editions from time to time. So keep watch.

Today The Cozy Times is featuring the
Knobcone Heights News

A drowning was reported by the News this week. Why do I have a feeling it wasn't an accident?

Visitor With Ties To Found Drowned
Foul Play Suspected
by Dinah Greely, writer (and assistant at Barkery and Biscuits and at Icing on the Cake)
Ada Arnist, member of the prominent Arnist family who own a vacation residence in the elite mountain community just outside Knobcone Heights, was found drowned this morning in Knobcone Lake, not far from the Knobcone Heights Resort. 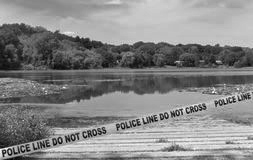 Witnesses say that the victim had been arguing with Janelle Blaystone, a photographer and newcomer to town, who had claimed that Arnist had stolen her dog Go from a dog park in .  Go apparently reappeared here at the local shelter, Mountaintop Rescue, which is where Blaystone found her.  Other purebred dogs also have allegedly disappeared from dog parks but it is unknown at this time whether authorities had been looking into any relationship with Arnist.

Local police have not denied that the investigation into Arnist's death may involve Blaystone, and her friend Neal Kennersly, a local who works at the resort.  Kennersly is the brother of Carrie Kennersly, owner of Barkery and Biscuits and at Icing on the Cake, who only recently had been cleared of suspicion in another murder.
We will provide updates as they become available. 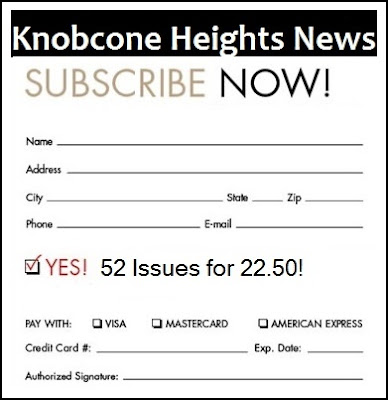 So dear Cozy Times readers, if someone holds a grudge against you or has just been looking at you funny, stay away from lakes and ponds! ;-)
~~~~~

That's this week's edition of
The Cozy Times
I hope you enjoyed!

To learn more about the charming town of Knobcone Heights and it's residents, read the
Barkery & Biscuits Mystery series
by author
Linda O. Johnston 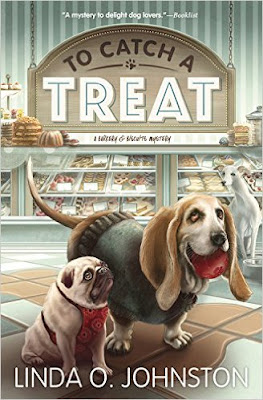 When a Dog-Snatching Scheme Leads to Murder, Carrie Must Sniff Out the Truth
Carrie Kennersly, veterinary technician and owner of the Barkery and Biscuits bake shop, agrees to a day of hiking with her brother Neal―mostly because she wants to meet and critique his latest romantic interest, Janelle Blaystone. But instead of judging her, Carrie feels only sympathy for Janelle, whose beloved black Labrador, Go, was recently dognapped.
Janelle thinks the culprit is Ada Arnist, a wealthy homeowner spotted at the dog park where Go was stolen. Soon after Janelle confronts Ada, though, the woman is found dead. With Janelle and Neal on the suspect list, Carrie must solve the mystery before the police bark up the wrong tree. 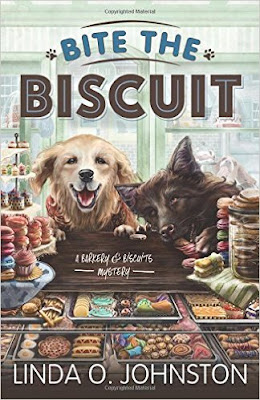 Veterinary technician Carrie Kennersly has become known for offering healthy dog treats at the clinic where she works. So when the owner of the local bakery moves away, Carrie jumps at the chance to buy the business and convert half of it into the Barkery, a shop where she can make and sell her canine delights.
But Myra Ethman, co-owner of another pet product store, hates the new competition. At the Barkery's opening party, she badmouths Carrie's homemade dog biscuits, insisting she'll find a way to shut the place down. When Myra is found dead with a Barkery biscuit beside her, Carrie must prove she didn't do it before she's collared for murder.
Is there a cozy town you'd like to see featured in
The Cozy Times?
Please let me know in the comments section.