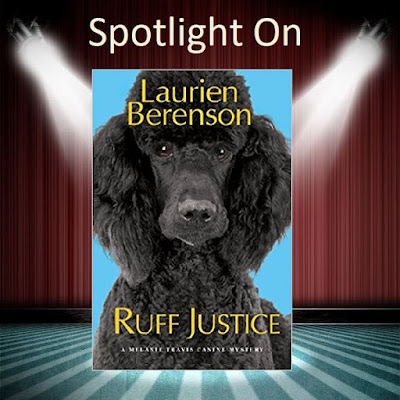 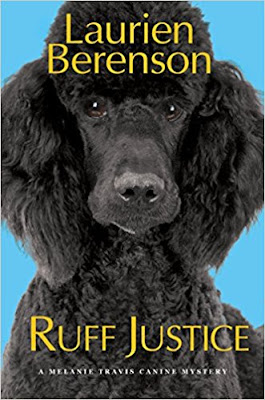 As owner of prize-winning Poodles, Melanie Travis knows how to handle fierce competition. But when a conformation show turns deadly, it’ll take every trick in the book to outsmart a murderer who refuses to lose . . . With the excitement of the spring dog show season sweeping Connecticut, Melanie is determined to help her son finally lead his Standard Poodle toward a championship title. Aunt Peg even skips the judging panel to exhibit a pup of her own, and she’s set on standing out from the pack with a handmade leash from Jasmine Crane, a talented canine portrait artist who also crafts stunning accessories for discriminating show-goers. Jasmine’s handiwork is to die for—but Aunt Peg didn’t expect to discover the woman murdered behind the concession booth, strangled by one of her dazzling custom creations . . . Another shockwave ripples through the close-knit show community when Amanda, Aunt Peg’s longtime dog sitter and a renter on Jasmine’s property, ominously vanishes that same day. While nosing around for clues, Melanie suspects a dangerous connection between Amanda’s disappearance and the homicide case—a hunch that grows as her investigation reveals sketchy secrets about the late artist. Juggling a demanding teaching job, the pressures of the show ring, and a daunting suspect list, Melanie finds herself entangled in a mindboggling murder mystery . . . and hot on the trail of a desperate killer . . .

!!!GIVEAWAY!!!
1 lucky reader will win a signed copy of

LKBR:  Thank you for being here today, Laurien!

LB: It’s my pleasure! Thank you for having me on your blog.

LKBR: Please tell us a bit about your book/series.

LB: When the Melanie Travis series began (more than twenty years ago) it was the story of a single mother in her twenties who was trying to figure out how to keep her life together. Then she got involved in solving mysteries with her Aunt Peg—and a whole new world opened up to her. Aunt Peg is a breeder of Standard Poodles and a dog show judge and the series revolves around nefarious doings in the dog show world.

LB: When I wrote the first book in the series, A PEDIGREE TO DIE FOR, I was breeding and showing Poodles myself. I was also a huge fan of cozy mysteries. It seemed like a good idea to combine those two interests.

LB:  The series encompasses ten years in the characters’ lives and much has changed during that time. One issue I’m dealing with in the new book, RUFF JUSTICE, is that Melanie’s older son, Davey, is now a teenager--and that he’s gotten involved in a project with Aunt Peg. When the those two team up, everyone else had better watch out.

LKBR: Is writing an energizing experience, or does it take a lot out of you?

LB: Sadly, I can’t think of anyone. I just sat down and started writing. When I finished a piece that I thought was worthy of submission, I sent it in “over the transom”. That system resulted in many, many rejections before something was finally accepted for publication.

LB: In the beginning, much more of my research was hands on. Now I do most of it online.

LB: When I’m working on a first draft, I get up in the morning and start to write. My minimum is five pages (about 1200 words) a day but I usually end up doing more. On average, I probably spend 5-6 hours writing each day.

LB: Character names are tough. RUFF JUSTICE is my 34th book so I’ve used up a lot of names! I skim through phone books and school rosters looking for ideas.

LB: Melanie’s story is told from a first person point of view, which I love for this character. So although she is surrounded by male characters (her husband, Sam, and her sons, Davey and Kevin) they are always seen from her perspective.

LKBR: Do you read reviews of your books? If you do, and a review is bad, what effect does it have on you? (I know some reviews are mean as opposed to constructive.)

LB: Oh yes, I read reviews. Even though I know I shouldn’t! If a reviewer doesn’t like a book but makes a fair point about why they didn’t enjoy it, that gives me something to think about. If a review is mean just for the sake of being mean, there’s nothing I can do but try to put it behind me.

LB: I was an exhibitor at Madison Square Garden in both the Westminster Dog Show and the National Horse Show.
I went to college with Meryl Streep.
I have a hellacious sweet tooth.

LKBR: Thank you so much, Laurien, for letting us get to know you better!

LB: It’s been great talking to you. Thank you! 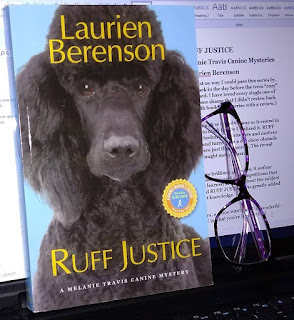 As a dog lover there was just no way I could pass this series by. I’ve been reading it since back in the day before the term “cozy” mystery was ever mentioned. I have loved every single one of them. (I will admit with some shame that I didn’t review back then. So, this is only my fifth book in the series with a review.)

Author Laurien Berenson has done it again. I was so invested in the story that day turned to night before I realized it. RUFF JUSTICE was an exciting whodunit with suspects and motives aplenty. With more twists and turns than a dog show obstacle course, all my guesses were just that, guesses. The reveal completely caught me off guard.

While she certainly writes brilliant mysteries, it author Berenson’s knowledge of canines, and dog competitions that really shine through. I have learned so much about the subject since starting this series, and RUFF JUSTICE has greatly added to that knowledge.

Cozy mystery fans, dog lovers, anyone wanting for a wonderful read, RUFF JUSTICE is what you’re looking for! 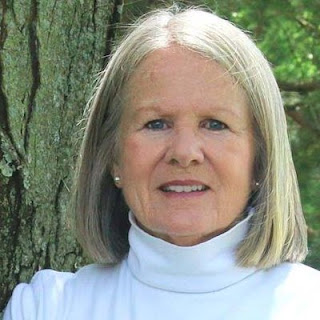 "I can't remember a time when I wasn't writing something. I always wanted to tell stories and I'm incredibly grateful that now there are people who want to read them. I think of the Melanie Travis mystery series as the saga of a woman's life--with complications. And dogs. And love. And lots of laughter. We should all be so lucky." ~ Laurien BerensonLaurien Berenson is an Agatha and Macavity Award nominee, winner of the Romantic Times Reviewers' Choice Award, and a four time winner of the Maxwell Award, presented by the Dog Writers Association of America. She and her husband live on a farm in Kentucky surrounded by dogs and horses. She can be reached at her website: www.laurienberenson.com 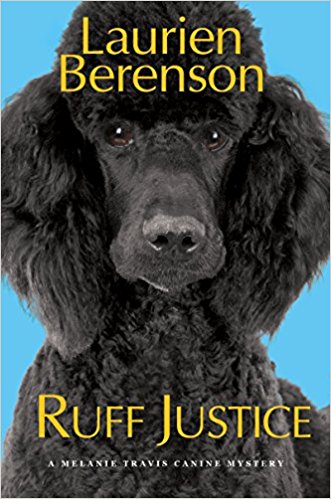 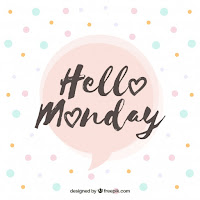