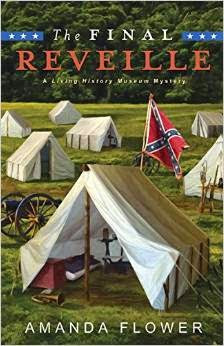 As the director of Barton Farm, a living history museum, Kelsey Cambridge is underpaid and underappreciated, but she loves every minute of it. Determined to keep the struggling museum open, she plans to impress Barton Farm's wealthy benefactress, Cynthia Cherry, with a Civil War reenactment on the farm's grounds.
Unfortunately, the first shot in the battle isn't from a period soldier. It's from Cynthia's greedy nephew, Maxwell, who fires a threat at Kelsey to cut the museum's funding. The next morning, things go from bad to worse when Kelsey discovers Maxwell dead. Now Kelsey is the number one suspect, and she must start her own investigation.
Available now! 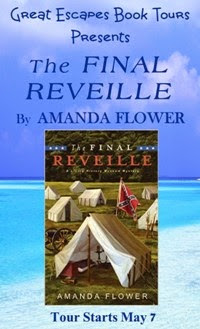 The Final Reveille released this month, and it’s my first mystery in the Living History Museum Mystery Series. The series is about a fictional living history museum and farm in Ohio. The first novel takes place during a Civil War reenactment on the Farm. Unfortunately, one of the attendees to the reenactment is found dead, and now single mom and museum director, Kelsey Cambridge, has to find the killer before her museum is ruined by the scandal.

Although the novel takes place in the present day, I had to extensive research on the Civil War and Civil War reenactments to get my facts right for the novel. I couldn’t have my reenactors walking around in the wrong regiment uniforms. As a librarian, I love research, and for this series, I particularly enjoyed researching the Civil War era foods. A popular dessert during the 1860s was rice pudding. I hope you will enjoy this recipe!

Mix all ingredients in a medium bowl and allow it to sit for half hour, so that rice can soak up the milk. Bake mixture in baking dish at 275 degrees F for 2-3 hours. Stir twice during the first hour at 20 minute mark and 40 minute mark. 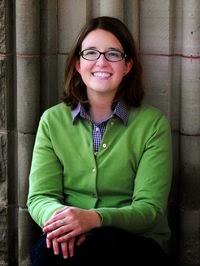 Amanda Flower, a three time Agatha-nominated mystery author, started her writing career in elementary school when she read a story she wrote to her sixth grade class and had the class in stitches with her description of being stuck on the top of a Ferris wheel. She knew at that moment she’d found her calling of making people laugh with her words. Amanda is an academic librarian for a small college near Cleveland. She also writes as National Bestselling Author Isabella Alan.
Social Media Links
Facebook Twitter Goodreads Pinterest Instagram 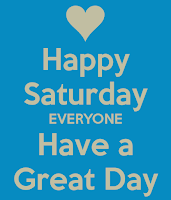