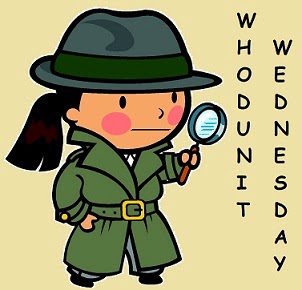 This week's Whodunit is being hosted  by author
Barbara Jean Coast!

Barbara Jean is giving away a copy of
DEATH OF A BEAUTY QUEEN
Book 2 in the Poppy Cove Mystery series! 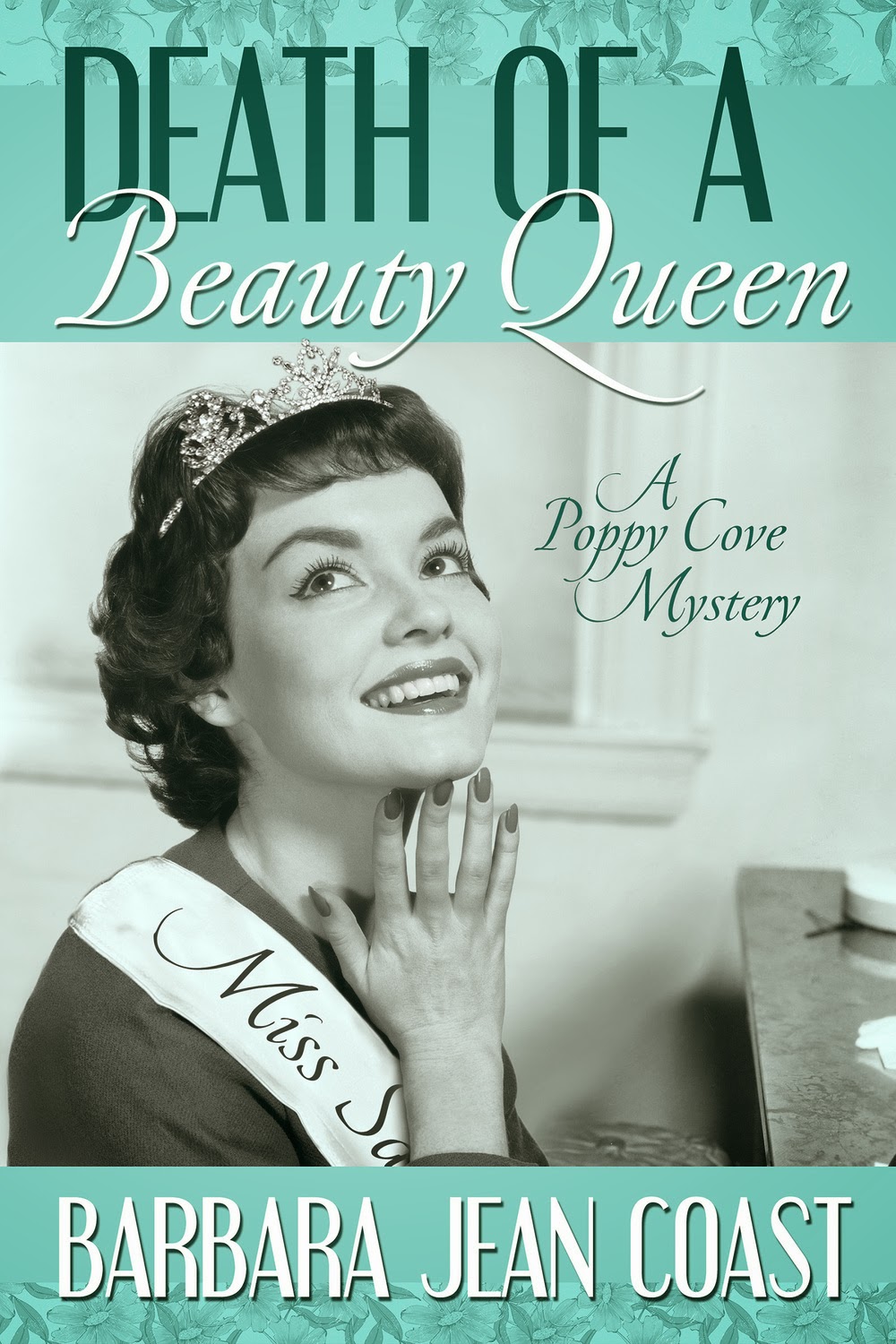 It’s the 1950’s in Santa Lucia, California, and the height of the social season. Time for the new Miss Santa Lucia, Nora Burbank, to display her loveliness at a high society fashion show produced by the city’s own fashionistas––Margot and Daphne, owners of Poppy Cove, the most elegant and “in” little dress shop in the county. Nora steals the show in her designer gown and custom-made necklace created by local jeweler Isaac Mendelson, and used on the sly by his apprentice son-in-law, Efrem Goldberg. At the conclusion of the show, the young queen is allowed to keep her dress and a replica of the necklace for her own. But Monday morning, Efrem arrives in a panic at Poppy Cove to beg Margot and Daphne’s assistance in tracking down the real necklace, which he believes was inadvertently switched for the replica backstage. The girls get involved in Efrem’s dilemma and try to help him before Isaac’s any the wiser. But before that can happen, Miss Santa Lucia is found dead in her bed and the necklace is missing. Who killed Nora Burbank? Is it someone jealous of her new royal position and all of its perks? Or did she just happen to be in the way when a thief attempted to steal her diamond-studded necklace? Did Nora have the real or the fake necklace, and how much did the thief and murderer know about it? But, of course, before the girls can find the killer, they’ll have to create several beautiful ensembles, calm numerous irate clients, and flirt with their ever-so-attentive boyfriends, before solving this mystery.

Giveaway is open to the US and Canada. 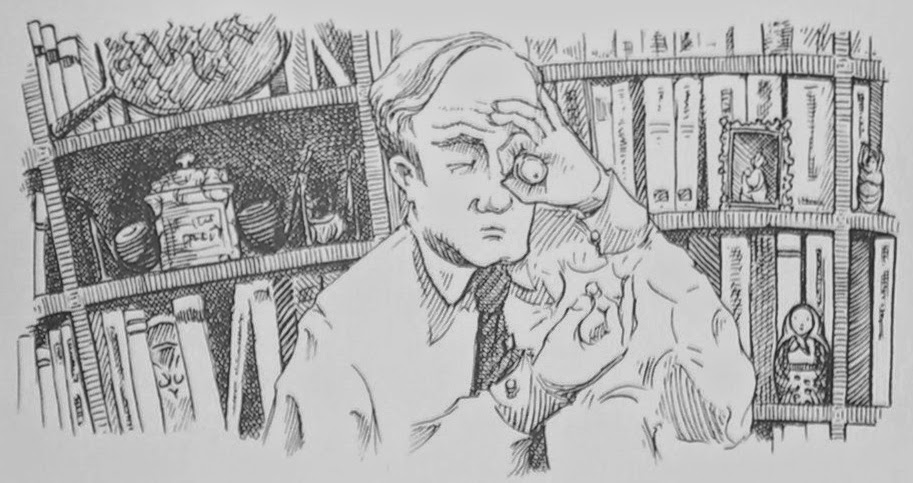 Once a year, on his birthday, Sherman Homes threw a dinner party. The cream of Capital City's eccentrics would gather in his large, comfortable home, along with neighbors and other friends, to eat and drink and laugh.

At this year's celebration, after everyone else had left, Sherman and his three last guests sat over brandies in his living room, discussing the one inexhaustible topic, the Sherlock Holmes mysteries.

"What exactly is a carbuncle?" Dora Treat asked. Someone had brought up "The Adventure of the Blue Carbuncle", and the nurse practitioner was curious. "The only carbuncle I know is a skin infection, like a boil."

Buddy Johnson, a jeweler chuckled. "It's a gemstone, a deep red garnet. Carbuncles are never blue. That was a figment of Conan Doyle's imagination."

Sherman puckered his round face into a frown. "But there is a blue carbuncle. Dr. Watson wouldn't lie about a thing like that."

"Yes, of course," Sam Pickering stammered. Their host seemed so rational in ever other respect, it was easy to forget his fixation. "What Buddy meant was there are no other known blue carbuncles, just that one."

"Exactly," Sherman said. "That's why it was so expensive. Would you all like to see it?"

His guests were flabbergasted. "You mean you actually own the blue carbuncle?" asked Sam. "The one from the story?" The newspaper reporter had already done two articles about the unconventional millionaire and could sense a third one in the making.

"The gem dealer assured me it's the real thing. Come into the library and I'll show you."

The room they walked into looked more like a junk room than a library, with the first editions strewn on the chairs along with stacks of old papers and magazines. Sherman took three small boxes down for a shelf. He rummaged through the blue one, flipped through the red one, and finally found what he wanted in the green box.

From among the piles of receipts and marbles, he pulled out a blue gem, about the size of a pea. Buddy Johnson pulled a jeweler's loop from his pocket and gave it a quick examination.

Each guest examined the strange stone, then returned it to their host.

While Dora excused herself to use the powder room, Sherman dropped the carbuncle into the red box and returned all three boxes to the shelf.

"You leave a priceless gem in a simple box? Sam asked with a disapproving smirk. "With no security?"

Sherman puffed out his chest. "I am all the security it needs."

The guests stayed for another hour, then left at the same time. Normally, Sherman would have gone directly to bed. But some instinct led him back into the library.

He was shocked to see all three boxes lying open on the library table. Sherman went directly to the red box, then to the others. Sure enough, the carbuncle was gone.

He thought back. In the hour following the display of the jewel, each of his guests had wandered off, at least for a minute or two. It would have been chancy, but any one of them could have sneaked back into the library and stolen it.

Sherman was disappointed to think that one of his friends had robbed him. But his disappointment ran deeper. "Did the thief have such little regard for my detecting skills? How insulting! Would they have stolen from my great-great-grandfather and expected to get away with it?"

Who stole the blue carbuncle?

Bonus Question
What gave the thief away?

I'd love for you to follow my blog by clicking on the link in the upper right hand corner of this page.

GOOD LUCK!
a Rafflecopter giveaway
Posted by Lisa Ks Book Reviews at 12:01 AM