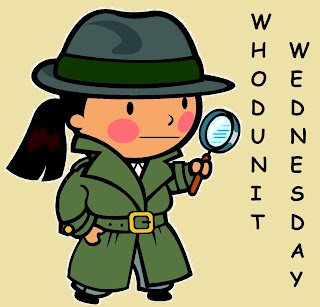 This week's Whodunit is being hosted by author
Susan Furlong Bolliger!

Susan is giving away to one lucky winner,
one copy each of
MURDER FOR BID
and
MURDER ON CONSIGNMENT
Books 1 & 2 in the Pippi O'Brien Mystery series

Susan has made this Giveaway available
Worldwide! 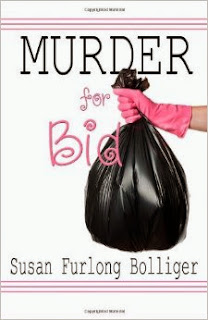 Former investment banker, Pippi O’Brien, has turned to resale merchandising for a living. Now, instead of trading on the Chicago Stock Exchange, she rummages through dumpsters, hits garage sales and peruses consignments shops in search of cast-off treasures to sell on-line … that is when she’s not busy playing detective. Join Pippi as she stumbles upon the mysterious murder of one of Chicago’s wealthiest suburban socialites and piles up a list of suspects and clues as disorganized as her over-stuffed apartment and as messy as her next trash-to-treasure project. 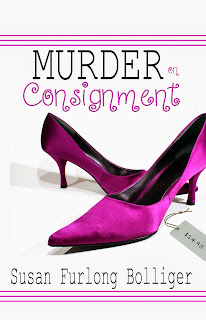 Anxious to acquire some killer deals for her on-line resale business, Pippi O’Brien enlists the help of her long-time shopping buddy, Shep Jones. However, they get more than they bargain for when the owner of a local consignment store, The Classy Closet, turns up murdered and Shep becomes the number one suspect. When Shep asks for Pippi’s help to clear his name, she is only too eager to take on the case. Before long, she’s searching for suspects with the same enthusiasm that she uses to scour clearance racks for good deals. Only, she quickly finds out that it’s difficult to maintain a booming resale business while playing detective. Adding to the stress, Pippi is recruited as a stand-in maid of honor for her cousin’s pending nuptials and soon finds herself stretched tighter than her poor-fitting bridesmaid dress. To make matters worse, wedding bells are also chiming for ex-boyfriend, Detective Sean Panelli, and the uber-possessive Sarah Maloney. Will Pippi be able to keep her cool, nab a killer and perhaps even reclaim her man? Or, will she find herself next on the list of bargains to die for?

THE POKER FROM NOWHERE 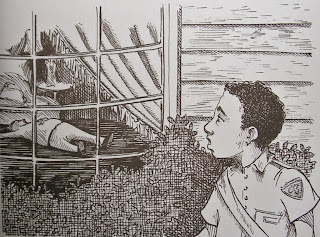 Sherman Holmes and Sergeant Wilson stood side by side. They were staring at a bloody corpse sprawled face up in the living room of a suburban tract house.

Wilson frowned. "What makes you say that?"

"Choice of weapon." The round little man pointed at the fireplace poker. It had been used like a sword, stabbing it's victim several times in the chest and stomach. "When we were walking up the drive, I didn't see any chimney."

Wilson looked around. "You're right. So, the killer brought the poker from another location, which indicates a planned murder. Very observant."

Holmes and Wilson had been in the midst of one of their occasional lunches when the call came in on the sergeant's cell phone. A mail carrier, making his rounds in a quiet neighborhood, had happened to glance through a living room window. He saw pretty much what they were seeing now, a large, elderly man who died trying to fend off a brutal attack.

The responding patrolmen interviewed the next-door neighbor, a nearly deaf woman who claimed not to have heard or seen a thing.

"Harold Kipling." The sergeant was reading from the patrolman's notes. "A widower living alone. Three children, none of whom seemed fond of him. A life insurance policy was split among the kids, plus come savings. There had been fights about a nursing home and money."

As if to answer the question, a patrolman eased open the door. "The victim's kids are here, Sarge. I told them he was dead. I hope that's okay."

The sergeant and his civilian partner walked out onto the lawn to face two middle-aged men and a woman. Wilson adopted his best corpse-side manner.

"Your father was murdered," he told them. "We don't know much more than that. The murder weapon was a fireplace poker." "Fireplace poker? Dad doesn't have a fireplace," the older son said.

"So, what happened? Someone broke in with a poker and stabbed him to death?"

"There were no signs of forced entry," Wilson explained. "Did your father get into many fights with people?"

The younger son found this amusing. "Just with us. He wanted to move into a nursing home. We didn't feel it was necessary."

"He wanted to go?" asked Wilson. This was certainly a switch.

"It's an expensive nursing home," volunteered the daughter. "He wanted to cash in his life insurance and use up his savings. It was a very selfish idea."

"I dropped over this morning," said Gary, the younger son. "Dad had already signed the papers. We argued about it, then I left. I called Jason and Jennifer."

"Right," said Jennifer. "Jason, Gary, and I decided we would come over as a group and try one last time. We got here just a few minutes ago."

"Can we see him?" Jason asked. There was a nervous timidity in his voice.

Sherman had been silent throughout the interview, but now he spoke up. "I think it would be fine for two of you to see the body. But one of you need to answer a few more questions."

Which suspect does Sherman want to question?

I want to thank Susan for hosting this week's Whodunit Wednesday. 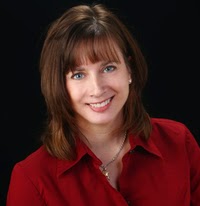 Follow my blog by clicking on the link in the upper right hand corner of this page.

GOOD LUCK!
a Rafflecopter giveaway
Posted by Lisa Ks Book Reviews at 12:00 AM