There are few great titles out today.
Check them out! 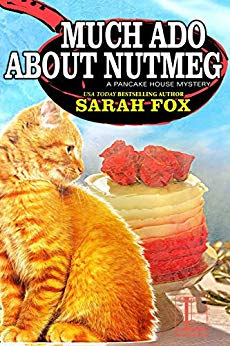 Wedding bells are in the air—along with the aroma of maple syrup—in the latest Pancake House Mystery. But a series of murders threatens to spoil everyone’s appetite. . .
Between tourist season, planning her beach wedding, and running her pancake house, the Flip Side, Marley McKinney is busier than ever. On top of that, one of her regulars is competing in Wildwood Cove’s Golden Oldies Games—a sporting event for athletes 50 and over—and Marley wants to cheer her on. Everything’s running as smooth as batter—until sports reporter Yvonne Pritchard stirs up a triple batch of trouble . . .
Yvonne has one admirer in town—Ed Herman—but she has many more enemies, from a disgruntled coach to an athlete she once shamed on social media. So when a body washes up on shore, and it’s no accident, it’s not a complete surprise Yvonne is the victim. And when Ed asks Marley to use her sleuthing skills to solve the crime, she’ll have to squeeze in time between squeezing into wedding dresses. Then a second victim turns up, and Marley will have to work at high speed to stop a killer from piling up bodies faster than she can whip up a tall stack . . .
Includes pancake recipes right from the Flip Side menu! 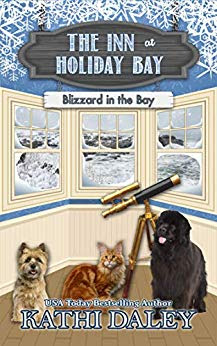 A heartwarming cozy mystery series about losing everything, taking a chance, and starting again.After suffering a personal tragedy Abby Sullivan buys a huge old seaside mansion she has never even seen, packs up her life in San Francisco, and moves to Holiday Bay Maine, where she is adopted, quite against her will, by a huge Maine Coon Cat named Rufus, a drifter with her own tragic past named Georgia, and a giant dog with an inferiority complex named Ramos. What Abby thought she needed was alone time to heal. What she ended up with was, an inn she never knew she wanted, a cat she couldn't seem to convince to leave, and a new family she'd never be able to live without.In book 8 in the series, Abby's agent asks for help when the house she was going to rent to host a writers retreat becomes unavailable. After a bit of discussion, Abby agrees to have the retreat at the inn. The seven writers who will be staying at the inn for the week long event are new to publishing and Kate hopes the mentor she has hired to run things will be able to provide the valuable tips these new authors need. Of course what she doesn't know is that Abby has a past with this particular mentor, and when all is said and done, fireworks of one sort or another are likely.Meanwhile, Georgia has started taping her new cooking show, Abby is worried about the approaching blizzard, and Colt has a murder to solve, after six men get together for a friendly poker game but only five of the six men make it to the end of the night alive. 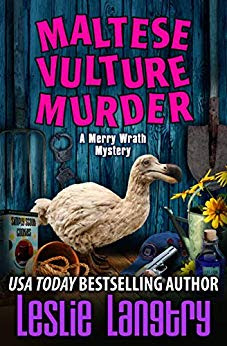 What’s better than one King Vulture? Two, of course!Merry Wrath, former CIA turned Girls Scout troop leader, is over the moon when her wacky taxidermist sisters-in-law present her with a stuffed King Vulture named Nellie Lou. But while the bird is beautiful, the deceased vulture has a secret past that leads to unanticipated trouble—ranging from a bad LSD trip to actually tripping over a dead body in Merry's garage!When a bizarre pair of men named Mr. Sun and Mr. Moon start lurking about, and Central Iowa is plagued with a rash of taxidermied animal thefts, Merry wonders how she’s once again managed to get in the middle of it all. It doesn’t help that she has to mentor a younger troop with two unmotivated leaders and a kid who experiments with napalm.With an arrogant mayor causing trouble, her house being trashed, and a dangerous kidnapping, Merry has to figure out who the killer is before Nellie Lou isn’t the only dead thing in her life.