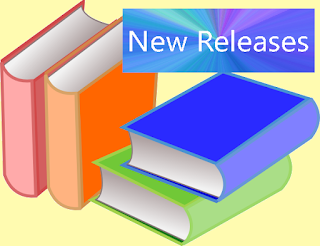 Take a look at the new releases out
today and this week! 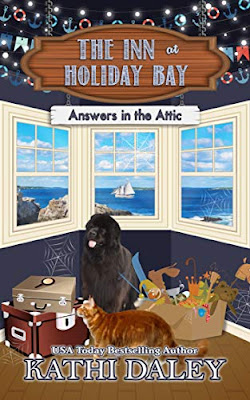 A heartwarming cozy mystery series about losing everything, taking a chance, and starting again. After suffering a personal tragedy Abby Sullivan buys a huge old seaside mansion she has never even seen, packs up her life in San Francisco, and moves to Holiday Bay Maine, where she is adopted, quite against her will, by a huge Maine Coon Cat named Rufus, a drifter with her own tragic past named Georgia, and a giant dog with an inferiority complex named Ramos. What Abby thought she needed was alone time to heal. What she ended up with was, an inn she never knew she wanted, a cat she couldn't seem to convince to leave, and a new family she'd never be able to live without.In book 4 in the series, the remodel is almost complete and Abby and Georgia are planning a huge grand opening. The only thing left for Abby to do before Lonnie can wrap things up is to go through the items left in the attic by prior residents. Abby is just about to get started when a woman named Trinity Roswell shows up claiming to be the great, great, great, niece of Abagail Chesterton, the wife of the man who built the house, Chamberlain Westminster. Trinity, a woman in her thirties, is doing a family history and has questions about Abagail. Abby only knows what she has been told by others but invites the woman to help her dig through the contents in the attic. They figure that if Abagail did leave anything behind then the attic is where it would be stored. While Abby and Trinity seek out the last of the secrets the house once held, Colt is busy remodeling his own new home, Tanner has a new litter of puppies, Nikki is dating a man Georgia doesn't like and doesn't trust, and Annie notifies Abby about a death in the family. 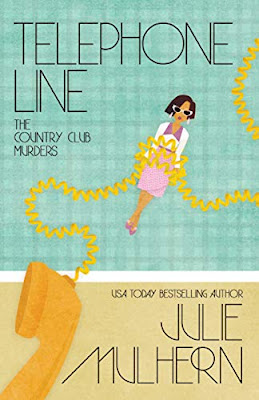 A killer is calling, and Ellison’s life is on the line. Ellison Russell is planning the event of the season—and she’s stressed. Why not yoga?Because the yoga instructor gets murdered during class—and Ellison’s stress level rises exponentially. Now, in addition to raising a ridiculous amount of money, she’s babysitting a deranged cat (named after the devil himself), taking ten million phone calls (most of them from Mother), and finding more bodies (they’re popping up like dandelions after a spring rain).There’s no such thing as balance when the killer makes it personal. Can Ellison catch a murderer or will her next namaste be her last? 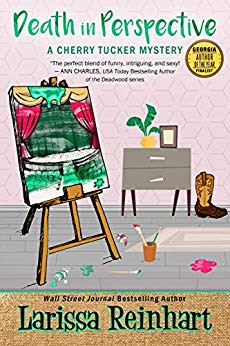 The curtain rises on Cherry Tucker’s debut as a high school set designer at the posh Peerless Day Academy. Cherry’s been hired for an adaptation of Romeo and Juliet, but the drama director is hoping Cherry can also turn the spotlight on a malicious social media bully who’s sending poisonous texts to the faculty. The director’s got his own drama to hide, and the phantom texter seems eager to spill school secrets. When the principal’s secretary commits suicide, Cherry suspects foul play.Deputy Luke Harper is ready to return as Cherry’s leading man. He’s eager to assist in finding the phantom culprit, but Cherry fears family secrets offstage may doom them to the role as star-crossed lovers. With the bully waiting for a murderous encore and her own family skeletons to hide, Cherry scrambles to find her brother and the mysterious texter before the phantom decides it’s curtains for Cherry and forces her to take a final bow. 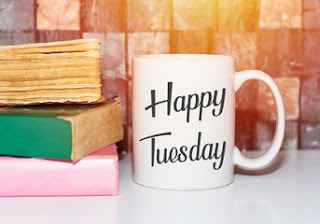