Author Beverly Allen was kind enough to stop by and answer a few questions today. And Beverly is giving away a copy of her new book BLOOM AND DOOM scheduled for release on April 1 and available now for pre-order! 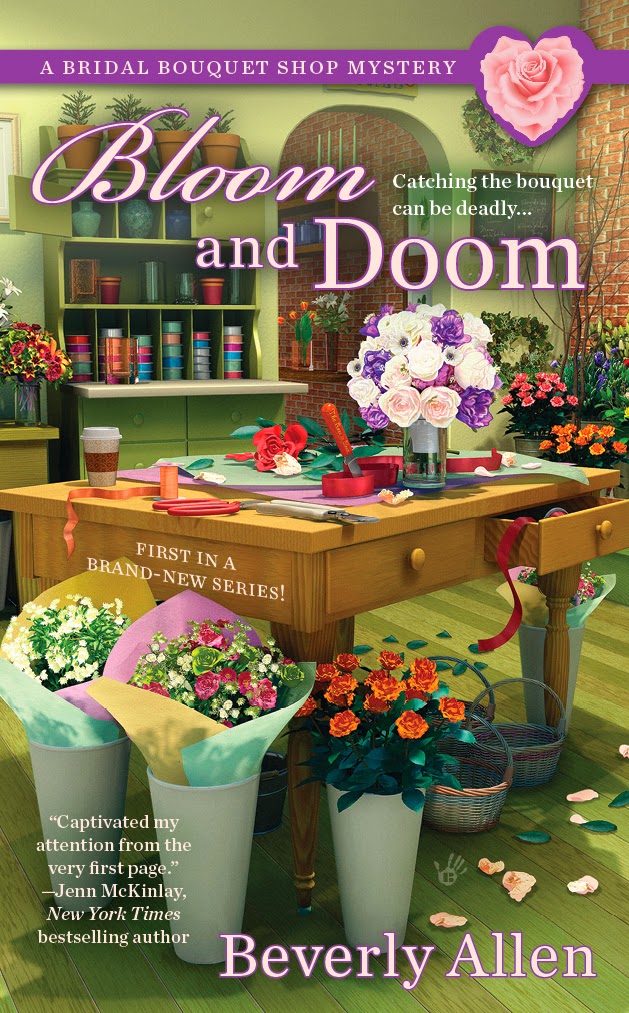 As the co-owner of The Rose in Bloom, Audrey Bloom creates magnificent flower arrangements for brides to be. Though helping to plan a wedding can be stressful, it’s nothing compared to the groom turning up dead.

A designer of eye-catching bridal bouquets—many of them based on the Victorian meanings behind each flower—Audrey Bloom is used to celebrations that end with happily ever after. In fact, every couple she’s worked with is still together, living in wedded bliss. But her perfect record is about to be broken.

Her childhood friend Jenny Whitney has reeled in the most eligible bachelor in Ramble, Virginia, and she’s hired Audrey to design the bouquet. But before Jenny can walk down the aisle clutching her blend of anemone, scabious, and pussy willow (a floral disaster in Audrey’s mind), the groom is found dead—sprinkled with bits of a bouquet. This is bad for business—not to mention for Jenny, who has become the prime suspect. So Audrey decides to do a little digging herself, hoping she won’t be the next Ramble resident pushing up daisies…

For a chance to win a signed copy of BLOOM AND DOOM, enter by using Rafflecopter at the end of the interview.

You can find my review of BLOOM AND DOOM in a past blog posting.

Note: One thing I didn't touch on with Beverly, (I was having a duh moment I believe) is something that fascinates me. In BLOOM AND DOOM she speaks of the language of flowers and gives the meaning of many. I've included a few examples throughout the interview and you'll find a link to Beverly's Pinterest where she has an extensive list.

On to the interview and giveaway! 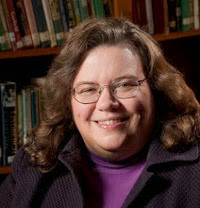 LKBR:  Who or what inspired you to become an author?

BA:  A lot of times you talk to writers, and they say things like, “I wrote my first book when I was three, and I can’t remember a time when I didn’t want to write.” Well, that’s not me. I sneaked in the back door.

I have a rather convoluted career history. I graduated from engineering school with a diploma and a distaste for the job. The first things I wrote (except for research papers and some pretty riveting grocery lists) were puppet shows and Christmas programs when my husband was serving as the pastor of a small, country church. When he left that position, I discovered I really missed the writing.

For several months, I played around with fan fiction for Monk. (Remember the TV show Monk? I was nutty for it.)  I was pretty popular, too. I had fans numbering in the literal dozens. I was reading Lee Goldberg’s blog (he wrote the Monk tie-in novels at the time), and I saw this post ranting at fan fiction. The gist was, “If you think you’re so good, why not try something original?”

And it’s not that I thought I was that good. But the idea of trying something original both intrigued and terrified me. So I spent several years learning how to write. 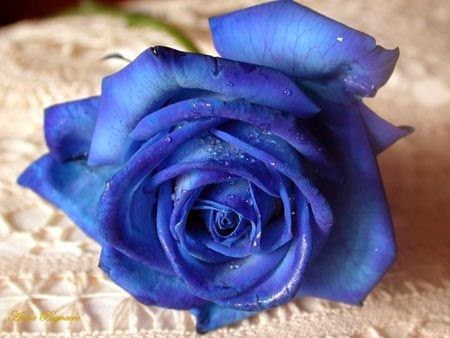 The blue rose is the symbol of mystery

LKBR:  How did you come up with the idea for the Bridal Bouquet Shop Mysteries?

BA:  Berkley has some great cozies. But one thing I didn’t know at the time was that not all of the ideas for their popular cozy series originate with the authors. Sometimes the clever people at Berkley come up with ideas for series they think their readers would like, and then look for the right writer.

I was thrilled when my agent said she’d thought I’d be a good match for this opportunity. And I was delighted when the folks at Berkley read my proposal and agreed. 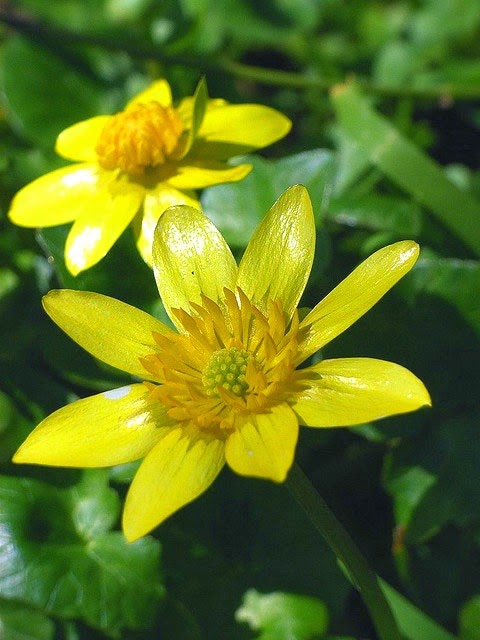 LKBR:  What appeals to you about writing Cozy mysteries?

BA:  I’m an avid cozy reader. I started with Nancy Drew, moved on to Agatha Christie, and then stopped for a long time. The modern cozy wasn’t really as popular way back then (early 80s)--or at least as easy for me to find. The mysteries I came across in bookstores and libraries were darker.

When I was a junior in high school, two of my classmates were murdered. And for the longest time, the last thing I wanted to read was a gritty, graphic murder mystery. They’re still not my cup of tea. So I read biographies and classics.

I came across more modern cozies years later. And they helped me through a difficult time, when my mother was ill and eventually died of ALS (Lou Gehrig’s disease.) They’re a great form of escape--leaving a world that’s often cruel and hard. There are quirky characters to meet, an often idyllic small town setting to romp around it, and a challenging puzzle to solve.

Of course, developing the mystery is a challenge I enjoy, but I guess you could say the thing that appeals to me is providing some relief to others who need the escape of a good read. It would please me greatly to know that my book helped someone else through a tough time. 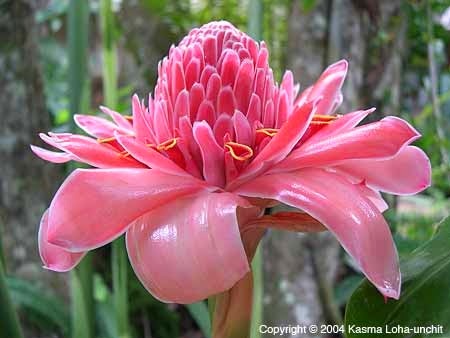 LKBR:  Who are some of your favorite authors?

BA:  I’m sure to leave some off. Oddly enough, I tend to read historicals and write contemporaries. I’m very fond of Rhys Bowen and Laurie King--in particular her Mary Russell series. And Victoria Thompson and Alan Bradley. In contemporaries, I think Laura Levine’s books are some of the funniest out there. And I’m quite fond of Joanne Fluke, Diane Mott Davidson, Julie Hyzy, and Lilian Jackson Braun. Still love the Monk books, both Lee Goldberg’s and Hy Conrad’s. So many more. And even more in my TBR list.

LKBR:  Do you have any other series in the works?

BA:  Sort of. I have a series I’d started--in fact the one that drew the interest from my agent. It needs some work, so when I have a break from the Bridal Bouquet Shop books, I’d like to invest a little time on it. I won’t say too much about it, except that it’s sort of a culinary cozy. 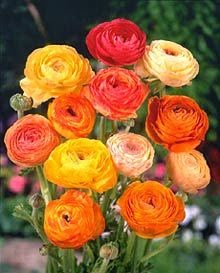 Ranunculus - You are radiant with charms

LKBR:  What are three things you would like your readers to know about you?

BA:  1. I know there’s a lot of debate right now about what content and language is acceptable in a cozy. My personal feeling is that many readers are drawn to cozies as an escape from the rougher parts of life, so readers aren’t going to find strong language, grit, or darker elements in my books.

2. I’m pretty easy-going, but not generally an extrovert. I HATE mingling. If you see me at a party, rescue me and engage me in conversation. I enjoy talking with people. But at parties where people are standing around in groups, I have the hardest time introducing myself and talking. I feel like I’m butting in.

3. I have extremely poor facial recognition skills and name recall. Please don’t be hurt if I can’t come up with your name. It’s a family trait, and it’s only getting worse with age. I have to keep a list of my book characters, or I forget them, too. But don’t worry. It’s not senility. Grandma is still going strong at 90. She has a mind like a steel trap. She just rattles off five or six names before she settles on the right one. And she’s been doing that for as long as I can remember.

Pansy (heartsease) - Thoughts, think of me; you occupy my thoughts

Thank you, Beverly for letting me "plumb".

Want to learn ever more about Beverly? You can find her....